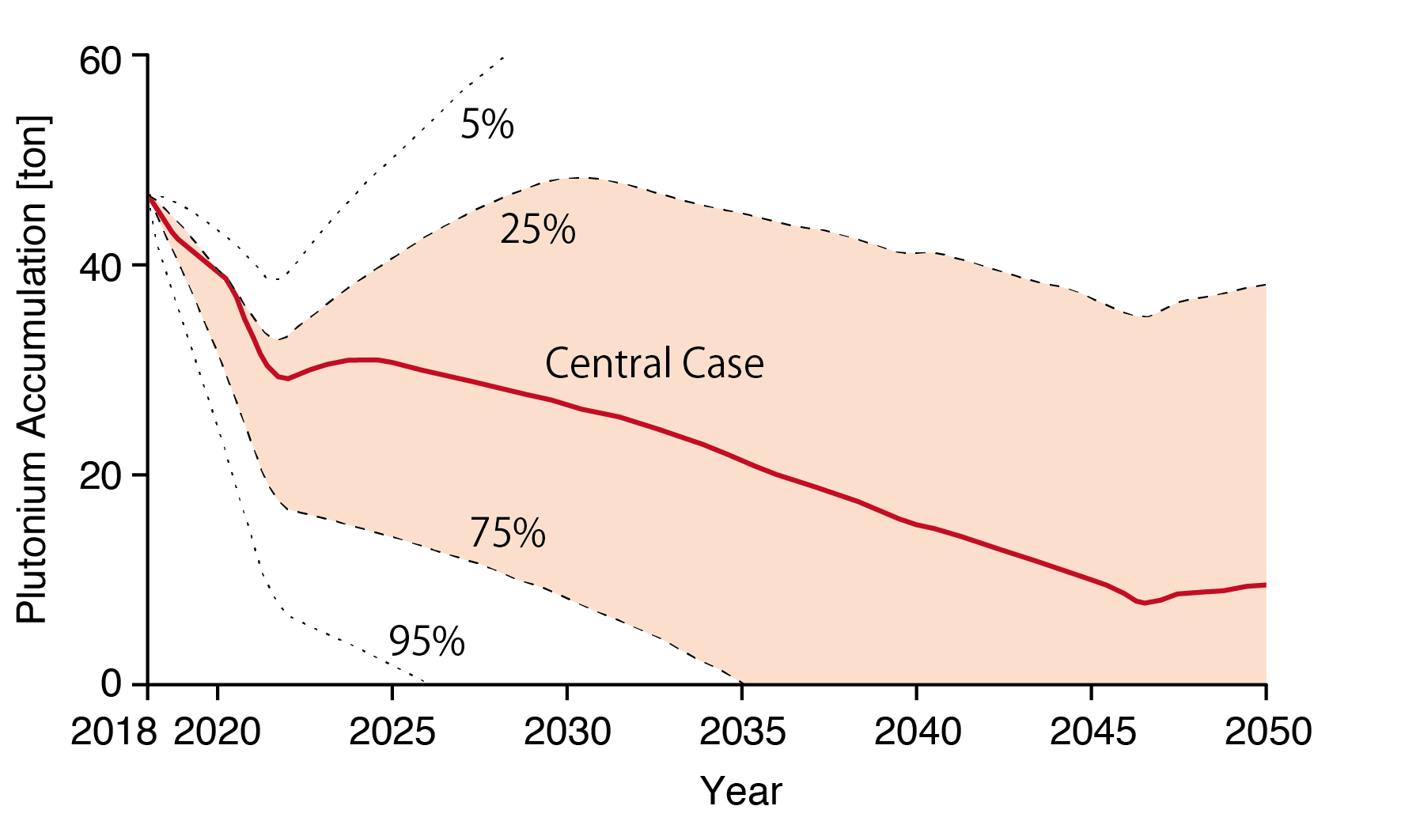 The authors conducted a quantitative reevaluation of the short-term Japanese plutonium balance forecast until 2040 with a new numeric model, in the aim of contributing to the policymaking toward the stable US-Japan alliance as well as the East Asian region. The Japanese nuclear fuel cycle was replicated as a system dynamics model on Stella with officially available statistical data. The Monte Carlo method was used to estimate the range of the capacities of Japanese nuclear power plants until 2040. The simulation results showed the peak accumulation of plutonium in Japan would be observed around 2025. This indicates that while the plutonium imbalance in Japan would be a point of concern for the next five years, the situation will likely mitigate. Consequently, even if lowering the capacity of Rokkasho reprocessing plant were to be possible, it would not make a significant difference if it takes more than five years. As a result, the authors conclude that if we were to hurry the resolution of the current Japanese plutonium imbalance issues, the Japanese government has to either consider to limit the restarting of NPPs to newer plants or to cut the operation rate of Rokkasho reprocessing plant from the first year.